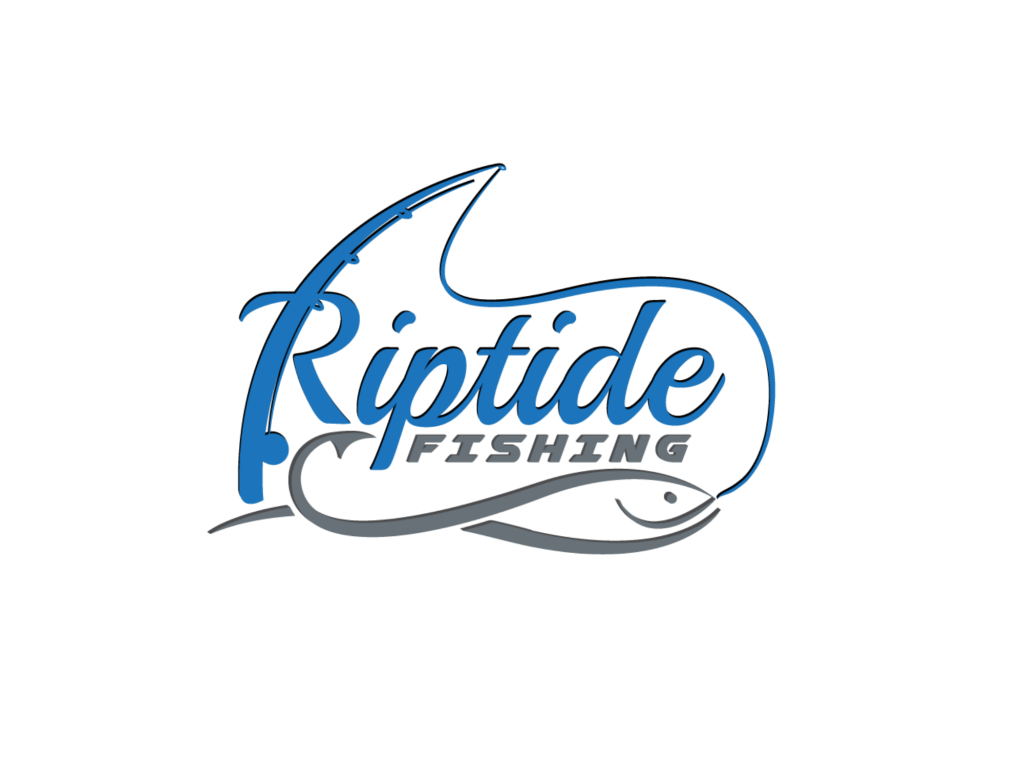 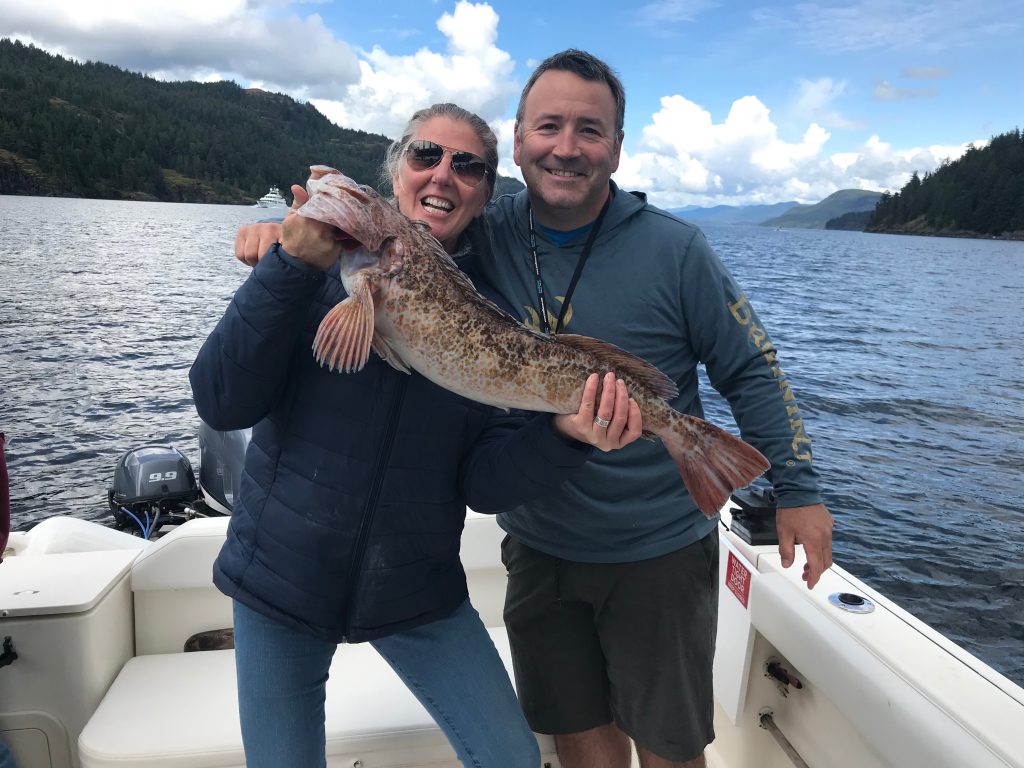 Fishing for ling cod is one of the most rewarding experiences that an angler can have. Ling cod, also known as ling, are an abundant fish species found in both the Pacific and Atlantic oceans. They are highly sought after by both recreational and commercial anglers alike, due to their delicious flavor and great fighting ability.

If you’re looking to target ling cod, there are a few key techniques you should be aware of. First, it’s important to know where to find them. Ling cod can generally be found around rocks, reefs, and kelp beds in depths between 100 and 400 feet. They are especially attracted to areas with a lot of structure, so focus your efforts there.

Once you’ve found a good spot to target ling cod, it’s important to use the right gear. Heavier tackle is usually a must for ling cod, as they are strong and can put up a good fight. It’s also important to use baits that are attractive to ling cod, such as squid, mackerel, herring, and anchovies.

When it comes to actually catching ling cod, jigging is often the best technique. Start by casting your jig to the desired depth and then use a slow, jigging motion to attract the fish. You can also try trolling or bottom bouncing to attract ling cod to your bait.

Finally, it’s important to practice good conservation measures when fishing for ling cod. Make sure to use the proper size and number of hooks, and always practice catch and release when possible. Ling cod fishing is a great way to get out on the water and target a delicious and hard-fighting fish species. With the right techniques, anglers can enjoy a successful and rewarding day of fishing.

We did an afternoon charter with Scott and had a great time. I brought my wife and 2 daughters who had never fished before, Scott was very patient with them,... read more teaching the basics and making sure everyone had a great day.
Scott is local and is passionate about his community, fishing and industry sustainability. We will be sure to use Scott again the next time we fish Campbell River!

I totally concur with Eric L.
The fishing with Captain Scott  was EXCELLENT!
He is a friendly person and very knowledgeable of the fishing area locally.
We chartered the... read more boat with Captain Scott for 10 hours.
It was a beautiful sunny day [25+ Deg.C] and calm waters.
After catching our fish limit early, Captain Scott took us whale watching nearby. What a BONUS on our fishing trip.
On our return, Captain Scott cleaned and packed our fish at the dock while feeding a couple of local seals hanging around.   Captain Scott also recommended a local restaurant where they were able to cook one of our fresh catch of the day for our dinner that night to round off the day.
Given the opportunity, I would definitely do it again and strongly recommend Riptide Charters with Captain Scott. The boat Kratzsea is ideal for 4 adults fishing.

Scott was awesome! He picked us up at the dock we were staying on Quadra Island to save us the ferry ride over to Campbell River. The boat was comfortable... read more with all the amenities we needed. All of the fishing gear was provided along with coaching for those less experienced. Scott was friendly and knowledgeable. The time spent between reeling in the fish was filled with good conversations. The highlight of the trip was catching the first salmon. We were reeling in two fish on separate lines when the lines crossed and my line with a large salmon on the hook was cut. We continued to reel in the other line only to find a dogfish which was released. We circled back to look for the lure floating in the water. To our surprise, the salmon was still on the line. We pulled it in by hand and it turned out to be a 25 pound salmon! If you are in the Campbell River area and looking to book a great fishing adventure look no further. I fully recommend Scott and Riptide.

We did an afternoon charter with Scott and had a great time. I brought my wife and 2 daughters who had never fished before, Scott was very patient with them,... read more teaching the basics and making sure everyone had a great day. Scott is local and is passionate about his community, 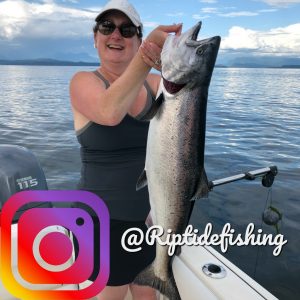 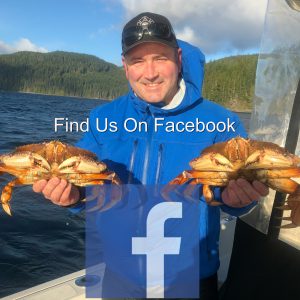 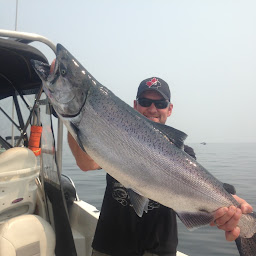 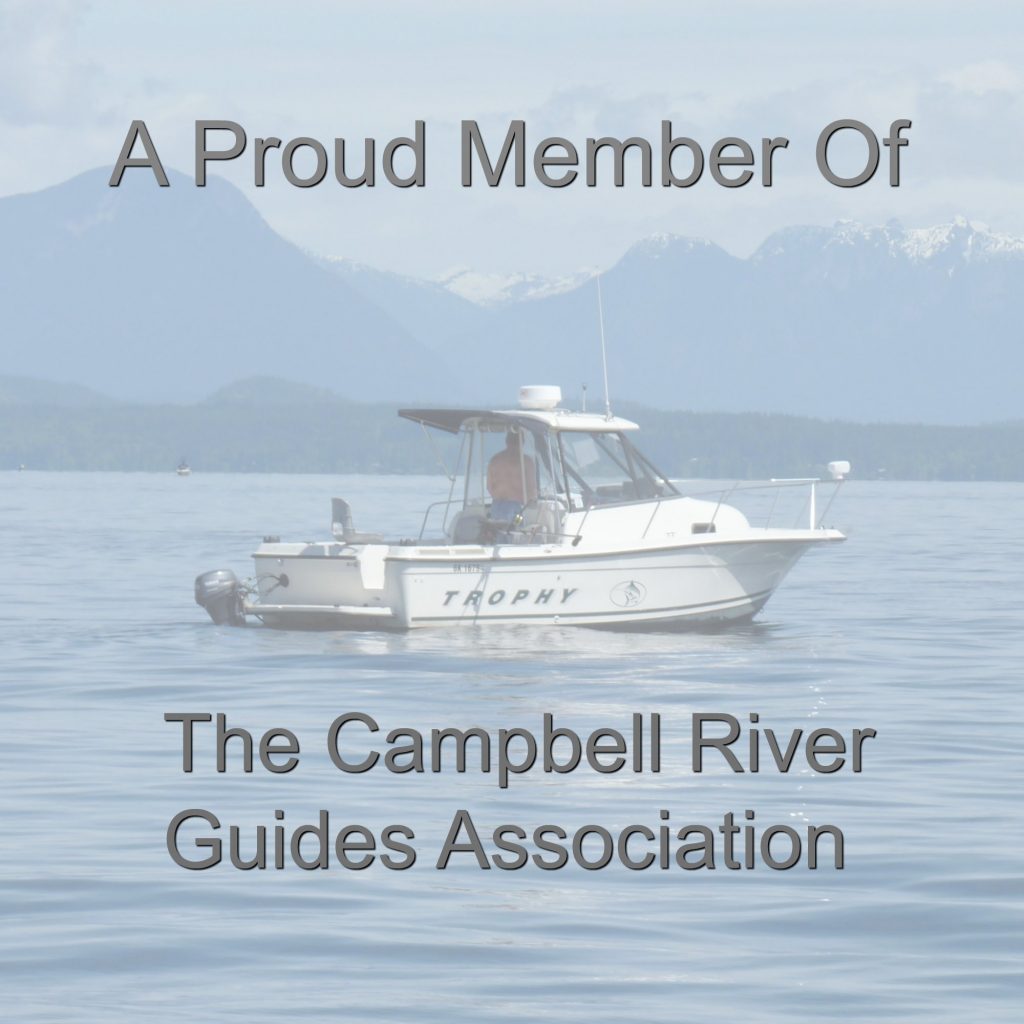 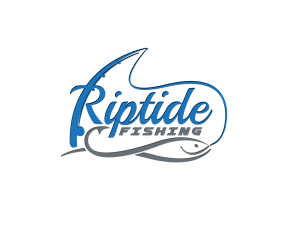